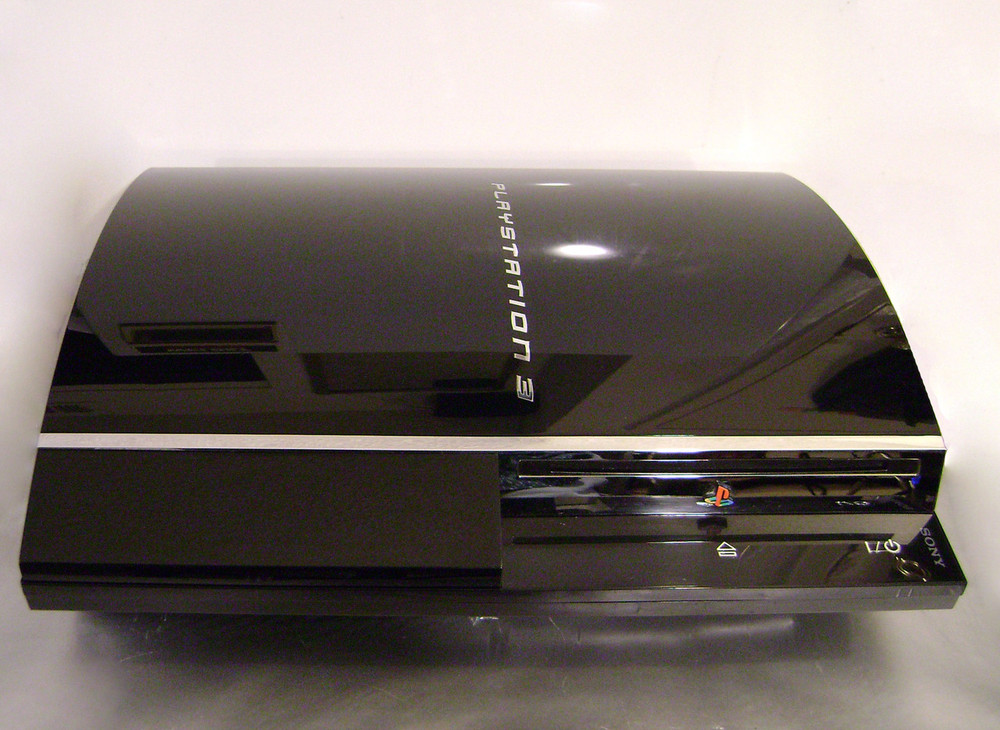 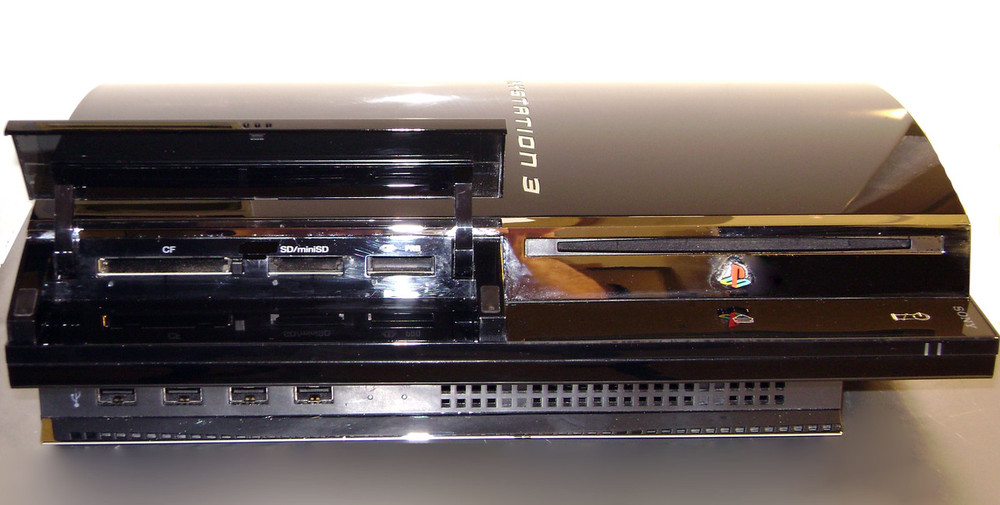 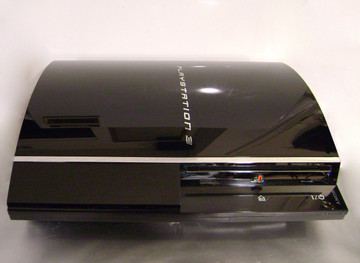 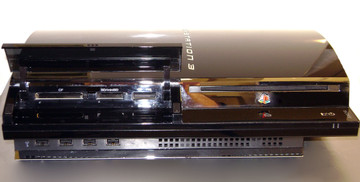 Due to a very short supply , only one per customer

Don't buy a used system, you might buy it cheap but usually these used systems are either repaired - mostly with a heat gun fix or a reflow that doesn't last or in best cases they are about to break down because they are over five years old so basically their sellers are just trying to get rid of them and passing the junk to someone else !! so when you buy the used PS3 keep in mind that you will need to spend at least an extra $150 to have the used system Reballed so it can last longer, our systems are not  like that !

Here is the Playstation 3 system that everyone should be looking for , it might not be in brans new condition cosmetically but it is in brand new condition when it comes to functionality and life expectancy..!!

THIS IS THE ONLY SYSTEM YOU WILL FIND THAT HAS JUST BEEN REBALLED USING LEADFREE SOLDER WHICH IS ENVIRONMENTALY SAFE AND LONG LASTING, THIS SYSTEM SHOULD OUTLAST A BRAND NEW SLIM SYSTEM WITH AT LEAST DOUBLE THE LIFE TIME SO IF YOU NEED A PS3 SYSTEM YOU CAN DEPEND ON, DON’T HAVE TO WORRY ALL THE TIME ABOUT GETTING THE YLOD OR ANY OTHER KNOWN VIDEO PROBLEMS, DON’T HAVE TO WORRY ABOUT HOW MANY HOURS YOU HAVE USED IT FOR TODAY, A SYSTEM THAT EVERYONE SUFFERED THE YLOD BEFORE IN HIS SYSTEM IS LOOKING FOR , A SYSTEM THAT NO OTHER SELLER CAN OFFER OR WILL OFFER , HERE IT IS, DON’T HASITATE BECAUSE YOUR HARD EARNED MONEY WITH THIS SYSTEM WILL BE VERY WELL SPENT MONEY!!

THIS SYSTEM HAS BEEN REBALLED BY ME , THE BEST KNOWN IN THE WORLD FOR PS3 REBALLING AND THE ONLY ONE WHO IS CAPABLE TO REBALLING PS3 USING LEADFREE SOLDER WHICH IS THE ORIGINAL MATERIAL USED BY SONY FOR THESE SYSTEMS -NOT THE CHEAP UNSAFE LEADED SOLDER THAT IS USED BY OTHER REPAIR TECHNICIANS- USING THE MOST ADVANCED COMPUTER CONTROLLER MACHINES ( CHECK MY OTHER ITEMS TO READ MORE ABOUT REBALLING AND SEE PICTURES OF THE MACHINE USED IN THIS SYSTEM'S REBALLING).

THIS PS3 MODEL IF BRAND NEW WILL SELL FOR OVER A THOUSAND DOLLAR AND THIS SYSTEM WILL LAST AS LONG AS THE BRAND NEW ONE AND PROBABLY EVEN LONGER DUE TO THE MAXIMUM CARE AND ACCURACY OF ITS REBALLING WHICH EXCEEDS THE MANUFACTURER PROCEDURE.

* System model is CECHA01 which is the backward compatible model and it can play PS1, PS2 and PS3 games in addition to Blueray movies and regular DVDs

* Can take up to one week to be shipped.

**** HERE IS SOME FACTS ABOUT PS3 PROBLEMS AND REPAIRS : Usually ps3 gets the YLOD or stops producing video and sound or in best cases gets some kind of scrambled pictures or freezes which are all symptoms caused by bad or broken connections between the graphics chip and the motherboard, the graphics chip has about 1000 soldering point attaching it to the motherboard - check my PS3 repair service listing for illustrating pictures - and the symptoms that happen will depend on which of these points will have a broken connection. In most cases these broken connections happens due to some oxidized soldering points on the motherboard, the graphics chip or both which will not be repaired by reflow no matter which machine is used because the oxidized layer is a layer of cupper oxide which is a non-conductive layer that doesn't disappear by reflow so the only way to repair a broken console in a permanent effective way is to completely detach the graphics chip and clean the oxidation from both the board and the chip which is a very advanced process called reballing then reattach the chip again. Many people have tried to perform the reballing process but due to the high sensitivity and profissionality of the procedure success rate with most people is very low and that is why most of them use leaded solder to have a higher success rate due to the fact that leaded solder has a much lower melting point than leadfree which makes the process much easier for repair technicians, the only problem is that leaded solder reballing even if done successfully  doesn't last for more than few months, comparing that to the leadfree solder which is the original material used by the manufacturer that lasted in most cases over three years it is clear that leadfree solder is the right material to use to get a real manufacturer quality repair that can last for years rather than few months. I was the first on Ebay to offer the leaded solder reballing for PS3 and I am currently the only one who is capable of reballing PS3 using leadefree solder and actually it is the only material I am currently using in all my repairs. Some people will tell you that the power supply unit causes YLOD, those people unfortunately use that claim to overcharge people for their low quality repairs, I personally replaced the power supply only three times in over three thousand consoles that I repaired. Some other people say that if you replace the cooling fan with one that has more blades will make the console run cooler, that is also not true and the reason is that the temperature inside the console is designed to be constant value and if the temperature inside the console exceeds its designed value the fan speed will increase to lower the temperature back to its safe range and the number of fan blades has nothing to do with that, the amount of air flow basically depends on the blades angle not number , another fact is about the thermal compound , most people say that using a specific kind of thermal compound like arctic silver makes the console run cooler, that is not true, the fact is that the difference in temperature between a console that has the best ever thermal compound and another console with the worth ever thermal compound used in the same conditions doesn't exceed 2 to 3 degrees Celsius which is considered a very little difference so please don't listen to all these unfactual claims that come from unprofessional people and always take your advice from a responsible professionals not from people who make unprofessional YouTube videos and the first thing they do is to tell you: " we are not responsible for any damage to your console by following our video and instructions" , really a lot of people permanently damaged their own consoles using these videos and instructions so don't be fooled by them or by the people that use their footsteps ****.

5 based on 8 reviews. Leave a Review.

Not gonna lie I thought this website wasn't legit but they're pretty awesome. I bought a ps3 backwards compatible it can play ps1 and ps2 games. The ps3 runs very silently like if it was a new unit no problems with overheating either. Great and fast service I really recommend them if your trying to fix your ps3 or buy one.

ordered a backwards compatible ps3. It came in amazing condition. Virtually no damage to the consoles housing. Very well done. I have been playing all of my old childhood games for hours at a time and haven't noticed any deadly heat. It gets warm but that's 100% normal for these systems. Overall I'm very happy with the purchase.

Plays PS 1,2 & 3 games flawlessly. Runs very quiet. The whole system inside and out looks brand new. Like it’s never even been used before. Simply amazing. And great communication through emails. Would do business with again. A++++

I recently purchased this ps3 backwards compatible system and it works great. I had this and it died out on me back in 2013 and I didn’t know where I could get this model again because it’s the best ps3 ever made until I found this website and I’m happy I did now I can play all my ps1 ps2 and ps3 games again! The ps3 is in very good condition and plays like new.

I received my PS3 within 8 days and I appreciate that it was well packaged. Been playing my PS3 and PS2 games, so far it has zero issues. I'm very happy with my purchase and I highly recommend that this is the PS3 that you should buy.