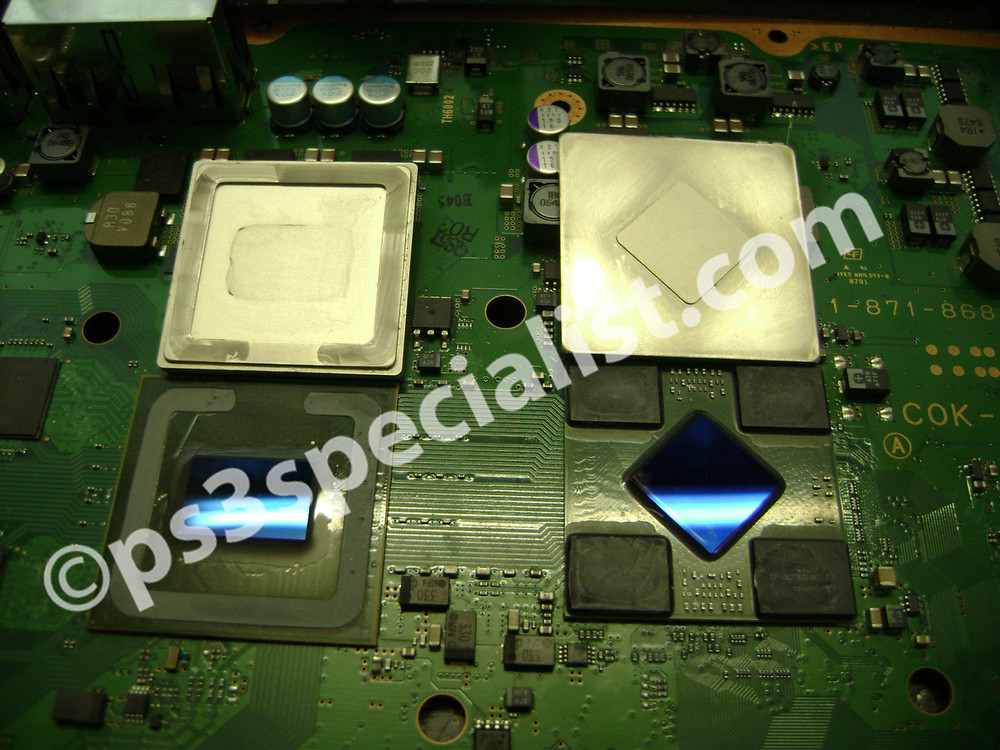 We offer this service only as an add on to the PS3 GPU reballing service , we want to make sure the consoles will arrive to their owners  in working condition and will be in great working order for a long time and the only way we can grantee that is by getting the GPU reballing done at the same time. We don't want to be in a position where we receive a console that has the YLOD and the owner says that he send it working or we send a console back working and gets the YLOD by the time it arrives just  from handling by the shipping carrier and people blame us for that or think that we did something wrong and send their consoles back broken.  It is in the best interest of our customers and us together to only have this service as an add on to the PS3 GPU Reballing service, you will find the option to add this service at the PS3 GPU Reballing service page.

We do a real repair that eliminates the roots of the problem not a fan replacement or a fan mod. This repair will make the console runs as quite as if there is no fan inside without replacing the original console fan , modifying the fan or adding any parts or components. We just bring it back to its condition the day it was released from the factory.

5 based on 4 reviews. Leave a Review.

I found these guys after doing weeks of research on how to fix my PS3. My system had no video and had an overheating problem. After multiple attempts to fix it myself with no success I sent it in. 2 weeks later, (wasn't expecting to get it back that quick) I got it back AND MY SYSTEM WORKS AGAIN & NO JET NOISE!! It was so quiet I had to just stare at it for the 1st 30 mins I got it back because it was like it was brand new again. The only negative I have is the lack of communication. The only thing I had a problem with was that I was never notified if my system was received.

Thank you again!!!! The cpu runs very quiet, no fast fans running at all just nice and quiet Thanks again bro

Got a loud ps3 fan? Game shut off during 1-2 hours of gameplay? This is the service for you if you have any of these problems! Now I can actually hear my game sound clearly coming through my TV instead of hearing a very loud fan from my ps3!

Fast process and worked right out of the box thank you sir.